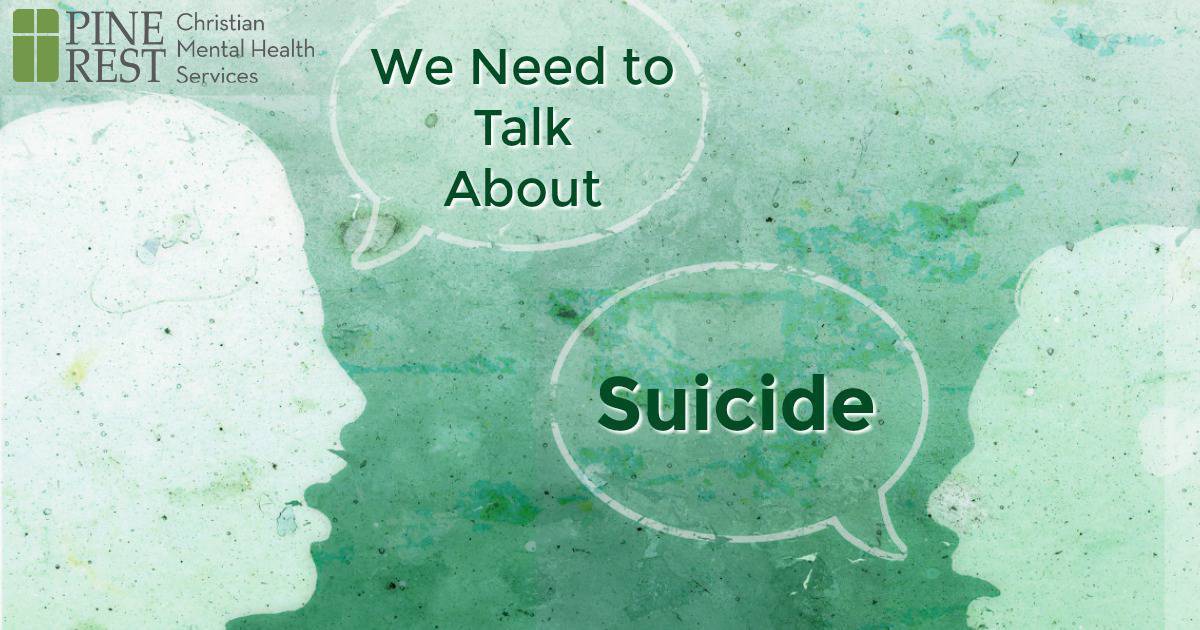 We need to start talking about suicide. Now. And we need to keep talking.

Suicide has long been a serious public health problem. The recent and sudden isolation, unemployment and precipitous change ushered in by COVID-19 threatens to increase the incidence of people for whom suicide seems the only viable solution.

Fortunately, there are steps we can take today to offer hope and strategies for preventing suicide of those we care about.

Preventing suicide begins with observing of our own internal experience and behavior, and that of loved ones and people we encounter informally every day. It then relies on pivoting into a conversation within ourselves, with people we care and worry about, and with people we turn to for guidance and rescue.

What should we be on the lookout for – both in ourselves and others?

Here is a list of warning signs to look for that could suggest elevated risk for suicide:

There are also individuals who can often be at especially elevated risk for suicide:

From the April 2020 report, ‘Preparing Michigan for the Behavioral Health Impact of COVID-19’

We’re able to be a first line of defense for ourselves and others by observing life circumstances, statements and behavior of others. We can then start a dialogue in the event of concerns. But what words to use? Couldn’t bringing up the subject of suicide plant a seed in another person’s mind, or give them ideas?

Bringing up the subject of suicide DOES NOT increase the chances that a person will become suicidal or be more apt to act on such thoughts or impulses. In fact, it is just the opposite.

Talking about suicide actually diminishes suicide’s power and sheds light where there is darkness. It can also be a relief for someone who doesn’t know how to translate his or her pain into a plea for assistance.

Being direct is the best approach, as opposed to hinting. Dancing around the subject might make us feel more comfortable, but it is less likely to elicit an honest answer.

For instance, if we ask someone if they have thoughts of hurting themselves or if they have any “dark” thoughts, the answer may not tell us what we really need to know. People who consider suicide don’t necessarily consider dying by suicide to “hurt” (maybe quite the contrary), and “dark” thoughts is so vague as to be unhelpful.

The best way is to just wade in directly, but sincerely:

“I’ve noticed ______, and I am worried about you. Have you been having the feeling that you would be better off dead or have you had any thoughts of killing yourself?”

How suicide deaths are covered in the media

These are already difficult conversations, but I also think it is important how we talk about suicide in general, including in reference to how suicide deaths are covered in media.

For instance, if someone hears a person mention that suicide is synonymous with weakness, cowardice, or selfishness, they may be reluctant or unwilling to ever speak to that person if they themselves are suicidal.

Some reference not having the courage to kill themselves. But suicide is not about weakness, lack of courage or selfishness. It is about intense pain and desperation, much like stepping into a bear trap. If a steel bear trap closes on our leg, we will be thinking very much about our pain and how to end it.

This also applies to our word choice when someone attempts or dies by suicide. There is no such thing as an “unsuccessful” or “failed” suicide attempt (since there’s no success or achievement with dying suicide). Similarly, referring to “committing” suicide or suicide “completion” also can unwittingly suggest something shameful (i.e. “committing a crime or sin”) or achievement where there is none.

If someone indicates they have considered suicide or the merits of being dead, more questions are necessary. This is why some people shy away from starting this line of questioning in the first place.

There are a series of follow-up questions that I routinely use based on the Columbia (University) Suicide Severity Rating Scale (the CSSR-S). This tool can be found free on the Internet, and is easy enough to be used by all of us in our homes and workplaces.

After asking the question about considering being dead or having thoughts of killing oneself, the ensuing questions follow:

If you or someone else has answered “yes” to the first question, it is important to follow-up with the remaining questions, to start talking about it often, and to schedule an appointment with a mental health professional. A “yes” to any of the remaining questions merits the need to speak with a mental health professional immediately, and possibly even staying with the person in visual proximity until help can be obtained by contacting 911, a hospital, a therapist, a physician, or a suicide prevention hotline.

How to make the home safer

The last facet of suicide prevention involves restriction of deadly materials. We can make our homes and our loved ones exponentially safer, without too much modification, by doing the following:

Firearms constitute the number one cause of suicide fatality in the U.S. because they don’t offer a chance for changing one’s mind. If there are firearms in the home, the safest course of action is to remove them at least temporarily (to gun ranges, storage units). If you are unable to remove them, at least secure them in an inaccessible gun safe (and/or maybe additional reliance on trigger locks, dismantling guns, and/or storing ammunition separately). While possession of firearms is a Constitutional right, these are recommendations supported by epidemiological data and recommendation of the American College of Physicians.

Many people attempt suicide using what we usually regard as benign household items in our medicine cabinets. To help prevent a tragedy, remove unused, expired, or unnecessary medications from the home – especially opioid medication. Medication can be disposed of safely at specialty pharmacies in our community. Secure remaining household medications in an inaccessible lock box. This may seem impractical, but remember we’re talking about slowing down (if not completing preventing) the steps that can lead to suicide.

Remove or secure within the home all alcohol and drugs. These substances represent an added risk because they reduce our capacity to think clearly, and in combination with medication, can be deadly. Autopsies reveal that in over 50 percent of suicide deaths, there is evidence of alcohol or drugs in the system of the deceased.

Many people consider suicide at some point in their lives.

By looking out for one another, matching people with the help they need, and helping those who are hurting feel more connected, people who are contemplating suicide have an opportunity to recover and live lives of meaning and purpose.

A big part of the motivation behind becoming a therapist has been wanting to be able to sit with people who feel marginalized, bullied and alone. The saddest thing I have known is the stark emptiness that I imagine a person who has decided to die by suicide experiences. It truly haunts me. What inspires me and drives me is the commitment to doing my small part to prevent this occurrence, and my conviction that we all can. 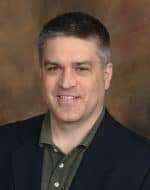 Gordon Greer, LMSW, ACSW, CAADC, at the Pine Rest Forest Hills Clinic and is seeing patients through teletherapy during the COVID-19 pandemic.

He has extensive experience working with teens, adults and families in outpatient mental health and inpatient psychiatric settings.

Because of his sensitivity to the possible apprehension involved with anything new or personal, Gordon places a particular emphasis on helping clients and families feel at ease from the very beginning. His relaxed approach is primarily informed by Acceptance and Commitment Therapy (ACT) and Motivational Interviewing, both evidence-based treatments. Gordon also is a certified alcohol and drug counselor.