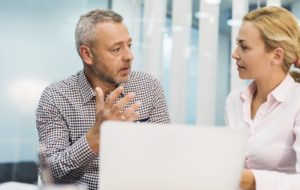 When somebody loses their temper with us, our natural defensive tendency is to match their intensity and become offensive also, which usually serves to only pour gasoline onto the fire. Although counter-intuitive, a calm, measured response to anger can help de-escalate tensions and prevent a bad situation from getting even worse.

An audience can fuel additional emotional explosion. Moving the conversation to a private (but safe) setting can also spare an angry person the added embarrassment of further losing their temper in public.

Acknowledge the incident and its impact on the person

Although difficult, remain non-defensive. Rather than view outbursts as a personal attack, reframe the aggressiveness being directed at you as a signal that the person needs a target for his/her anger and must view you as being strong enough to take it.

Identify and align with the healthy part of the message

For example, if someone is irate and projecting blame following an accident, language such as “I admire the fact you really care about the safety of those around you,” can help you align and reduce defensiveness.

Seek to problem-solve together

Try to identify one reasonable next step; even if that next step is only setting aside time with the angry person for a problem-solving meeting about their concerns.

When indicated, accept responsibility for a mistake

Taking a one-down position from a stance of strength can be very disarming.

Remember: Calm is just as contagious as anger. 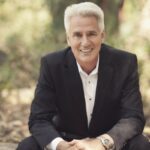 Bob VandePol, MSW serves as Executive Director the Pine Rest Employee and Church Assistance Programs which provides Critical Incident Response services to business, organizations, schools and universities as well as faith communities. Active as a keynote speaker, Mr. VandePol has published and been quoted in business and clinical journals, co-authored book chapters addressing workplace response to tragedy and has been featured as subject matter expert in numerous video training series.