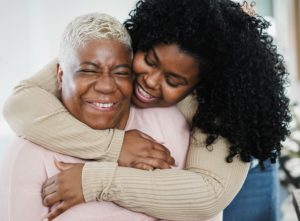 Everyone knows that we become forgetful as we grow older, right? Wrong. Memory problems are not a normal part of aging, but it isn’t always easy to know the difference between normal changes that affect us as we grow older and more serious symptoms that might be the sign of real memory problems that we normally associate with dementia.

Dementia is the descriptive term for any medical condition that causes memory problems and problems with at least one other brain function, such as speech, concentration, visual perception or more complex thinking involving problem solving, planning and organization.

Two of the most widespread forms of dementia are Alzheimer’s disease, which accounts for 60 to 80 percent of those with dementia, and vascular dementia, which accounts for 20 percent. Today, more than five million Americans suffer from Alzheimer’s disease, while millions more are affected by changes in blood circulation in the brain, known as vascular dementia.

In dementia, memory loss is common, especially of recent events and detailed situations. People with a recent diagnosis of dementia will talk about the frustration of not remembering something that happened recently. Family members may notice that their loved one remembers events from long ago more easily than recent events.

In dementia, complex activities such as planning, organizing and problem-solving can become more challenging. Sometimes doing even simple, routine things in the right order becomes more difficult, like putting on one layer of clothing over another in the wrong way or preparing a meal. Sometimes, family members may notice times of confusion. 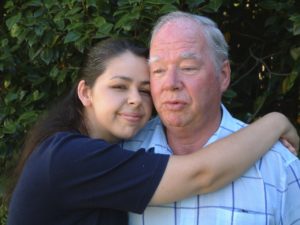 Alzheimer’s disease is the most common form of dementia and cannot be reversed. Nerve cells in the brain are damaged or die due to neurofibrillary tangles and amyloid plaques. Neurofibrillary tangles destroy the internal structure of the cell. Amyloid plaques disrupt the ability of brain cells to communicate with each other through the buildup of protein plaques in strategic areas outside the cells.

Although promising research is being done, currently we know of no way to stop or reverse these processes once they have begun. However, a class of medications known as cholinesterase inhibiting drugs (e.g. Aricept, Exelon, and Razadyne) can help brain cells work more efficiently and can help a person function at a higher level for a longer period of time. 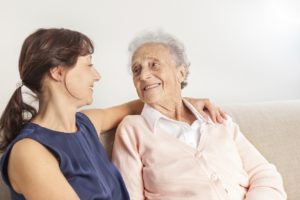 Vascular dementia, caused by cerebrovascular disease or stroke, is another common form of dementia. The pattern of vascular dementia can be one of sudden onset of symptoms followed by a period of stable functioning over time, followed by another period of decline in stable functioning. This is sometimes referred to as a stepwise pattern of decline. But vascular changes can also come about gradually. It is also possible that people can have a combination of Alzheimer’s dementia and cerebrovascular disease, which can make diagnosis especially challenging.

In some cases, the same medication used for Alzheimer’s disease can be helpful for people with vascular dementia.

Decline can be minimized by decreasing “vascular risk factors” or health concerns that place someone at a higher risk for further damage to blood vessels in the brain. These include high blood pressure, elevated cholesterol, diabetes, untreated heart disease and smoking.