While it is true that anyone can be stressed, women are more likely to experience ongoing stress than men. This is partly due to the added family and social responsibilities that women typically take on – day-to-day overseeing the children; caring for older parents; jobs outside the home plus cooking, laundry and housework in the home. This additional burden can set the stage for serious health problems. Men tend to experience stress over financial concerns, which complies with their traditional role as “breadwinner.” 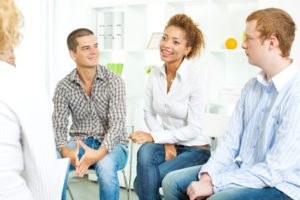 Men and women also react differently in stressful situations. According to a study reported in the Psychological Review, women are less likely to either “fight” or “flee,” but rather to “tend and befriend.” To tend is a nurturing behavior “designed to protect and to relieve stress” and befriending seeks and maintains social connections, which is behavior most frequently associated with women. Men tend to react more aggressively and to combat the situation or to flee from it.