Dementia is the result of damage to the brain cells, which affects communication within the brain cells. Some forms of dementia are progressive, meaning they will continue to worsen over time, while other forms are stable. Still others, like those caused by low thyroid or certain vitamin deficiencies, are entirely reversible or treatable. 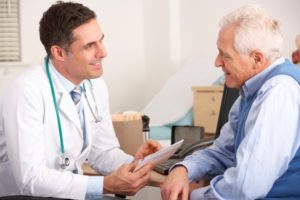 Many other conditions can cause dementia, including:

In some cases, untreated depression can mimic symptoms of dementia.

Knowing the cause of a person’s dementia is critical for ensuring the most effective treatment. The earlier the problem is diagnosed, the more likely it is that treatment will be able to stop or reverse symptoms of cognitive decline (as in depression or normal pressure hydrocephalus) or to maximize the brain’s ability to function over time (as in Alzheimer’s disease).

Effective management of dementia requires a thorough assessment, an accurate diagnosis and prompt treatment. Although there are many exciting treatment possibilities being studied, there is not currently any way to stop or reverse the symptoms in most types of dementia.

But because some dementias can be the result of reversible medical conditions, the first phone call should always be to one’s primary care physician to discuss the symptoms.

A thorough history of the recent problems described by family will be noted. The physician may also order imaging of the brain (e.g. MRI or CT scans).

In some cases, the diagnosis will be easy for the physician to determine. For example, blood tests can reveal clear evidence of thyroid problems or vitamin deficiencies, which can then be treated with the proper medication. Brain imaging studies can show evidence of strokes or small blood vessel disease or the presence of a tumor. In such cases, treatment could involve medications to reduce the risk of further stroke or blood vessel disease or surgery to remove the tumor.

When these tests do not reveal an obvious cause for the cognitive changes, a formal neuropsychological assessment may be recommended.

Neuropsychological assessment is a detailed testing of multiple areas of brain function, conducted by a neuropsychologist. A broad range of brain functions are measured, including intelligence, attention and concentration, higher order cognitive abilities (e.g., multitasking, problem-solving, planning and organizing), language skills, visual perception/construction abilities, motor speed and dexterity, verbal and visual learning and memory and mood. While the testing may take several hours, the tests are all painless to complete and are generally done in a question and answer format.

Testing also looks at tasks of writing, drawing and some simple muscle speed and dexterity tasks. Results of this comprehensive assessment can reveal a pattern of cognitive strengths and weaknesses that can help determine the correct diagnosis. For example, people with Alzheimer’s disease show a certain pattern of memory problems whereas people with vascular dementia may show a different pattern.