Social anxiety disorder, sometimes called social phobia, is characterized by excessive worry and self-consciousness about everyday social situations. Far more than shyness or unease around other people, those with social phobia have an intense, persistent and irrational fear of being watched and judged by others or of doing things that will embarrass them or lead to ridicule.

Symptoms can be extreme and eventually disrupt daily life. People with this disorder often find it difficult to make or keep friends, and it can prevent involvement in a romantic relationship, making those who suffer from this disorder feel completely isolated and even ashamed. 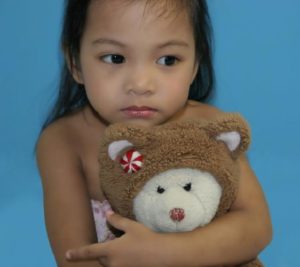 Children with social phobia tend to either avoid social situations or react with temper tantrums, crying or “freezing.” Their fears can center on social situations such as parties or talking with teachers, principals or other authority figures. Other fears include using a public restroom, talking on the phone, writing on a blackboard or reading in front of peers.

Social anxiety disorder can disrupt a child’s entire life and interfere with success school and building social relationships. Social anxiety can also lead to other communication issues, such as selective mutism—a condition when a child might refuse to speak or has serious difficulty communicating in a stressful or fear-inducing situation.