Until recently, anxiety disorders were believed to decline with age. However, we now know that was because anxiety disorders in older adults are difficult to diagnose or missed entirely. Often older patients emphasize physical symptoms over any psychiatric symptoms they may be experiencing, and they are often reluctant to report anxiety symptoms because they grew up in a time when mental illness was more stigmatized than it is today. In addition, diagnosing anxiety in older adults in more complicated.

The fact is, anxiety is as common among the old as among the young. 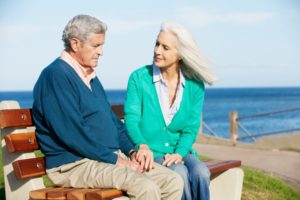 Recognizing an anxiety disorder in an older adult can be challenging. Along with age comes an increased number of medical ailments, more physical limitations and more frequent use of prescription medications. Diagnosing anxiety in people with dementia can also be extremely difficult. Impaired memory may be interpreted as a sign of either anxiety or dementia and the fear they are experiencing may be excessive or realistic. As a result, separating a medical condition from symptoms of an anxiety disorder is more complicated.

Some physical symptoms of anxiety in older adults include headaches, back pain or a rapid heartbeat.

Worried about an aging parent or relative? Talking to older parents or loved ones about changes in their lives is one of the best ways to find out about problems. Ask about any changes you notice in the following areas:

• Daily routines and activities. Is Grandma refusing to do routine activities or avoiding social situations she once enjoyed?

• Worries. Does Dad seem to have more worries than before? If so, do those worries seem out of proportion to reality (such as a real threat to his safety)?

• Medication. Has Mom recently started taking another medicine? Is she using more of a particular medication than before? Side effects, such as breathing problems, irregular heartbeat or tremors, can simulate symptoms of anxiety. An increased use of medication or alcohol may indicate an attempt to self-medicate. Because some medications may worsen symptoms, it’s always best to discuss them with a doctor.

• Overall mood. Depression and anxiety often occur together. Tearfulness, apathy and a loss of interest in formerly enjoyable activities are possible signs of depression.

Diagnosing and treating an older adult with suspected anxiety disorder should start with the primary care physician. Many older people feel more comfortable talking to a doctor with whom they already have a relationship. If they trust their primary care physician, chances are greater that they will accept treatment or even a referral to a mental health professional. 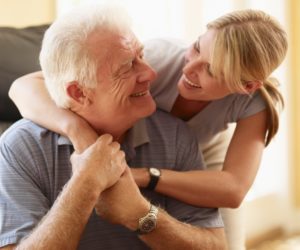 Success in treating anxiety in an older adult depends on a good understanding and cooperative relationships among the patient, the family and the doctor.

Everyone must understand the nature of the problem and make a commitment to follow the prescribed treatment.

Physicians often prescribe lower doses of a medication for older adults than they would for younger adults as changes in aging bodies can affect drug absorption and action. Family members may need to make sure that drug side effects and other issues encountered during treatment are managed promptly.

Psychotherapy should also be discussed. Although seldom offered to older adults, it can be very effective either by itself or in combination with medication.