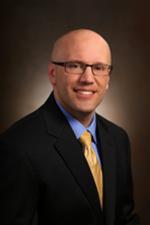 Dr. Sanders is also director of the Pine Rest Psychiatry Residency Program in partnership with Michigan State University – College of Human Medicine since 2012. He was formerly the Michigan State University psychiatry clerkship director. He has participated in our Interactions Program for the developmentally delayed. In addition, he conducts a clinical practice with expertise in adult psychiatry, depression, bipolar, thought and anxiety disorders, and other mental health crises.