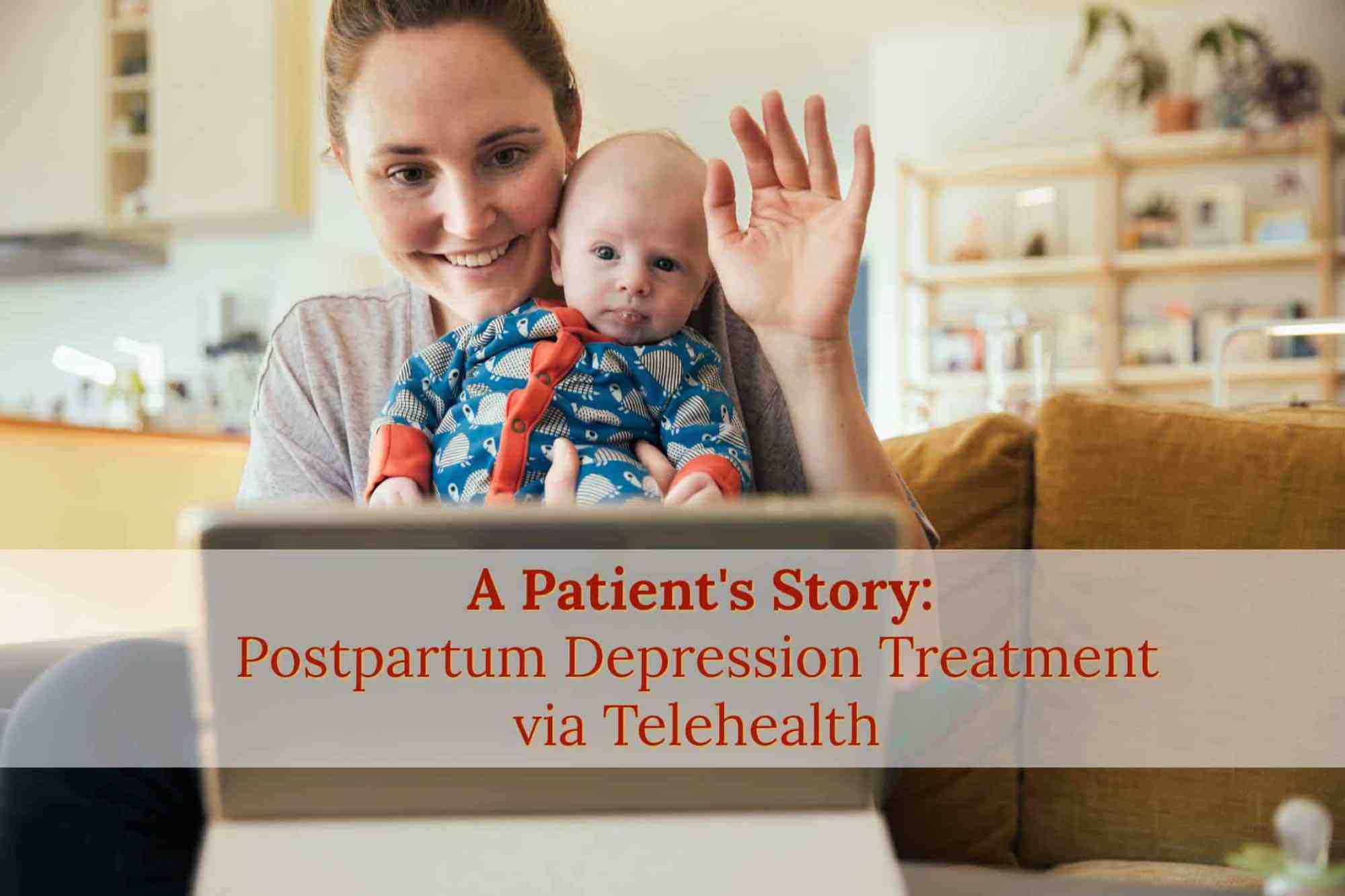 Earlier this year, Pine Rest clinicians in both Iowa and Michigan began treating women with perinatal mood and anxiety disorders (PMAD) using Telehealth Services. The following interview is with Brianna* — a patient who was treated for postpartum depression both in-person and via Telehealth.

I understand you started treatment at a clinic, but then stopped because of several issues.

Yes. When my baby was a newborn I would bring him to sessions while my older child was at preschool. As he got older it got more complicated…he would often have to miss his nap and then not sleep at night – and I desperately needed night time sleep! Also, he was moving around, getting into things and distracting me from my session.

It became very stressful to ask friends and family for help with childcare because they were already helping me at other times that I needed childcare and they have busy lives themselves. When I was able to arrange childcare, it often would be an hour of driving before and after my session. The stress of arranging childcare was worse than the benefit of therapy at that point so I stopped going.

I told her I still needed therapy as I was still struggling quite a bit with depression. I was thinking about trying to go on my work days, but that felt pretty impossible given that I was pumping three times a day during the work day and already feeling very behind. My therapist told me about a new service to do teletherapy and asked if I would be interested in being a test patient. I eagerly signed up.

Was it easy to get started?

All I had to do was download the app to my iPad and then click on an email link that she sent me at the time of our appointment. Teletherapy is basically like Skype or FaceTime, but confidential. Because I already use these other technologies, it felt pretty natural to do therapy via technology.

Did Telehealth make it easier and less stressful for you to receive treatment?

I was able to schedule therapy during naptime at home on my days off since I work part-time. It was a real gift to not have to worry about scheduling childcare and it left my friends and family more available to help me other times.

“I definitely recommend teletherapy to other parents of young kids. It was a huge relief for me to do therapy via technology. Previously, the stress from sorting out childcare and running around town took away from the benefits of therapy. Once I was started teletherapy there were only positives that came out of my therapy time.” – Brianna*

Did it help that you already knew your clinician?

It was nice that I had the foundation of an in-person relationship with my therapist to build on, but I don’t think it would have been necessary.

Were there any additional benefits to Telehealth? 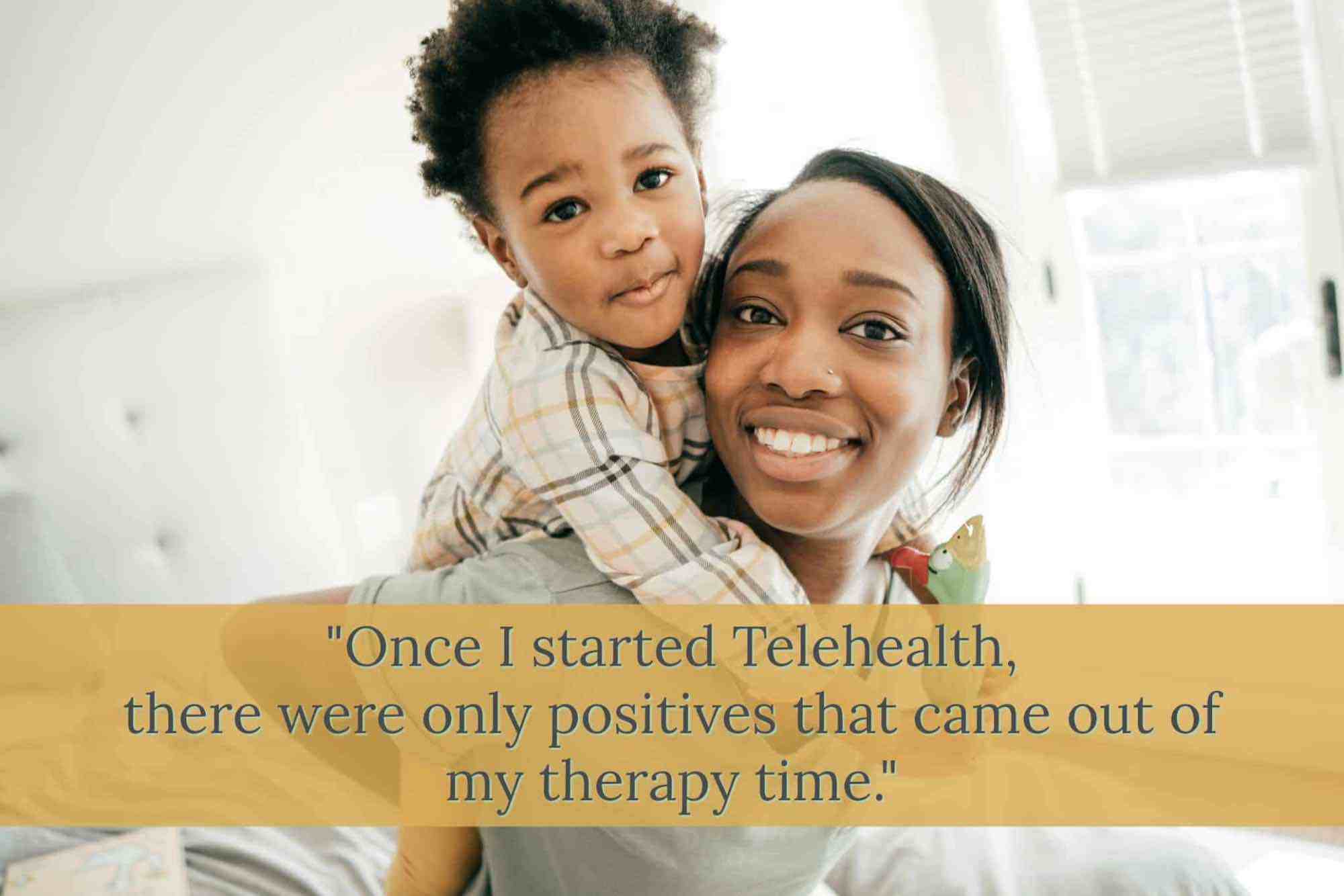 I would brew some tea before my sessions. It was also great to not feel like I had to get ready and look put together. Nobody knew if I hadn’t had time to shower.

When I got depressed after having my second child I put therapy off even though I knew I needed it. I think one of the reasons was that I couldn’t handle orchestrating one more thing, even a helpful thing, on top of the nursing and nap schedules, preschool drop off, lack of sleep, etc.