How Bystanders Can Shut Down Microaggressions

Microaggressions, subtle everyday interactions that convey bias toward a marginalized group, are often disguised as compliments or innocent questions. Though some are meant to cause harm, many are unintentional. But targets of such comments suffer psychological distress, including an increase in symptoms of depression, anxiety, and post-traumatic stress disorder, and can face backlash if they speak up (Torres, L., & Taknint, J. T., Journal of Counseling Psychology, Vol. 62, No. 3, 2015; Abdullah, T., et al., Traumatology, online first publication, 2021).

For that reason, targets shouldn’t be solely responsible for responding to microaggressions, said Derald Wing Sue, PhD, a professor of psychology and education at Columbia University’s Teachers College.

“Well-intentioned bystanders can also learn to be allies and help stop the onslaught of bias that we are witnessing in our society,” he said.

An ally, who is typically from a privileged social group, is someone who supports and advocates for marginalized people. Intervention from an ally—for example, when a White man addresses a racial microaggression—can be powerful (Xie, T., “Responding to Microaggressions: Evaluation of Bystander Intervention Strategies,” 2019).

“When someone from a dominant identity group intervenes, they’re perceived as more knowledgeable, more persuasive, and less biased than if the exact same comment was made by a member of a marginalized group,” said NiCole Buchanan, PhD, a professor of psychology at Michigan State University who leads workshops on reducing harassment and bias. “That really puts the onus on privileged people to step in as allies if they are committed to change.”

But responding effectively to microaggressions takes practice, and people often don’t speak up because they’re afraid of causing more harm or aren’t sure what to say, said psychologist Nicole Jacobs, PhD, associate dean of diversity and inclusion at the University of Nevada, Reno, School of Medicine.

So, how can you intervene when you see a friend, colleague, or stranger targeted by a microaggression because of their race, gender, sexual orientation, nationality, age, weight, or any other aspect of their intersectional, social, or personal identity? Here’s advice from psychologists—informed by research on intergroup relations, motivational interviewing, empathy, mindfulness, and perspective-taking—on how to move from being a passive witness to an active ally.

How to effectively intervene as a bystander

Even in an emergency, witnesses don’t always step in to help, according to classic research by psychologists Bibb Latané, PhD, and John Darley, PhD, on the bystander effect and diffusion of responsibility (Journal of Personality and Social Psychology, Vol. 10, No. 3, 1968). Responding to a microaggression can be especially tricky because it’s not always clear to a bystander whether harm occurred or was intended, said John Dovidio, PhD, a professor emeritus of psychology at Yale University who studies aversive racism and unconscious bias. That’s why, he and other psychologists point out, it’s crucial to think ahead about ways to intervene when a microaggression does occur.

“One of the most important things people need to do if they want to be effective as an ally is to practice and rehearse what they will say,” Buchanan said.

Tailor your approach to the situation.

Microaggressions can take several forms, ranging from explicit and intentional “microassaults”—such as racist jokes—to more subtle “micro-insults” and “microinvalidations,” which tend to be unintentional, such as implying that a person of color got their job because of a diversity quota, according to Sue. Situational factors such as the type of microaggression and the relationship between the bystander, target, and perpetrator can help determine what approach will be most effective (Microintervention Strategies: What You Can Do to Disarm and Dismantle Individual and Systemic Racism and Bias, Wiley, 2020).

One strategy Sue recommends is to disarm the microaggression, for instance by voicing your disapproval of a racist joke by saying, “Not OK” or “I don’t agree with what you just said.” Another approach he suggests is to call attention to subtle or “invisible” microaggressions behind the perpetrator’s comment. That could take the form of a statement, such as “Not all Asian Americans are good at math,” or a question, such as “Do you have evidence to back that up?” or “Is this person’s race, religion, or identity really relevant to this conversation?”

When a microaggression appears to be unintentional, educating the perpetrator can stimulate an ongoing discussion about the beliefs behind the statement. For example, a bystander might respond to a hurtful comment or joke by saying, “I know you meant well, but that stereotype is hurtful.”

Whichever response you choose should reflect your own perspective and feelings about the microaggression, said Kevin Nadal, PhD, a professor of psychology at the City University of New York.

“Don’t presume that other people are offended, hurt, or debilitated by the microaggression,” he said. “If you speak on behalf of others, that can be seen as a microaggression in itself, for instance if a White person says, ‘What you said is offensive to this Black person.’”

Such a statement could indicate a “savior complex,” which involves helping others in a self-serving way and can perpetuate narratives of White supremacy and racial bias.

Instead, speak in the first person: “What you said made me feel uncomfortable.”

Target the behavior, not the person.

Regardless of the circumstances, bystanders should avoid calling a perpetrator racist or otherwise attacking their character, which tends to trigger defensiveness and diminish the rapport that leads to growth and understanding.

“You’re also throwing away one of the most powerful weapons you have to create change, which is a person’s desire to modify their own behavior,” Dovidio said.

Instead of making a broad statement about the perpetrator’s nature, Nadal suggests targeting the comment itself by saying, “That statement was hurtful, and I felt that it reflected some racial bias” or by asking a clarifying question, such as “What do you mean by that?” or “Are you aware of how that might be interpreted?”

An immediate and public response to a microaggression is a good way to model appropriate behavior for other bystanders, but such a direct approach is not always possible. Some discussions—for instance, pointing out biased remarks made by a supervisor during a company meeting—may be more effective behind closed doors. If you anticipate that an in-the-moment response could lead to defensiveness or hostility, make an appointment for a follow-up discussion, Nadal suggests.

In some cases, bystanders may need to solicit outside help, for instance when microaggressions occur repeatedly and other strategies are not effective, Sue said. An ally might seek backup support from social media companies for comments made by users on their platforms, school authorities if bullying is occurring on campus, or human rights organizations that can bring additional attention to the issue, said Amanda Nickerson, PhD, director of the Alberti Center for Bullying Abuse Prevention and a professor of school psychology at the University of Buffalo Graduate School of Education.

“There are many different actions that we can take, but inaction should not be an option,” she said.

Drawing on this research-backed advice for handling microaggressions, psychologists are designing, delivering, and evaluating interventions that train bystanders in how to respond. Jacobs at the University of Nevada, Reno, has teamed up with Kupiri Ackerman-Barger, PhD, RN, of the University of California, Davis, to create the Microaggressions Triangle Model, which challenges participants to practice responding to microaggressions as a bystander, target, and source (Academic Medicine, Vol. 95, No. 12S, 2020). After testing the model with students, faculty, and leadership across three academic institutions, Jacobs and Ackerman-Barger found that it improved knowledge, self-efficacy, and commitment to being an active bystander. Handouts and facilitator guides for the free program are available for download at the Association of American Medical Colleges’ MedEd Portal.

Buchanan also delivers workshops on understanding and responding to microaggressions and implicit bias, including how a perpetrator can make things right after learning that they’ve said something hurtful. She works with academics, clinicians, corporations, and police departments.

While it’s important to practice addressing microaggressions, allies can also take steps to prevent them from occurring in the first place, Buchanan said. That involves evaluating systems and practices that may make assumptions about a person’s identity—such as bathroom signage or pronoun choices on applications—and adjusting them to be more inclusive.

“Allyship is about what you do in the moment,” she said, “but it’s also what do you do pro-actively to make sure that these things don’t happen.”

Decrease Your Anxiety by Breaking the Judgment Habit

Judgment will steal your joy and peace and leave you full of anxiety. Jean Holthaus, LISW, dicussed four ways to break the judgment habit. 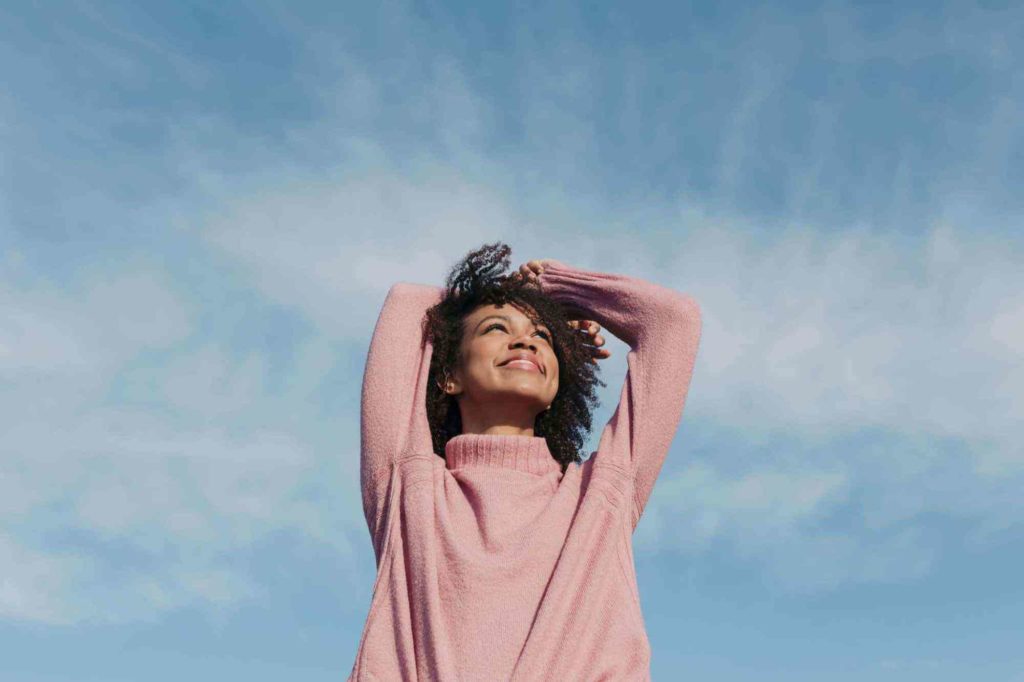 As employees either remain at work or return to work during COVID-19, employers and management face daunting leadership challenges. In ways never before imagined, employees are trusting their leaders’ judgment with that which is most precious to… 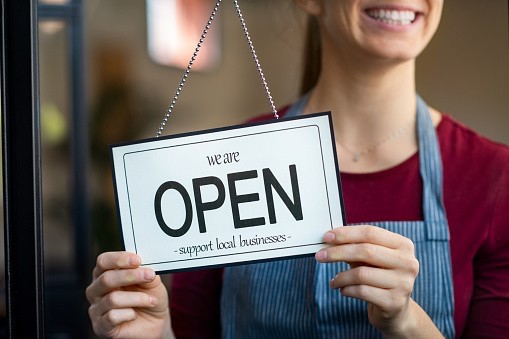 Why Taking Time Off is So Important for Your Mental Health

Many of us like to save our vacation days. We enjoy the feeling of always having a large “bank” of vacation days available to us. We use our days sparingly so we know they’re always there if we need them. It’s a good feeling having those days… 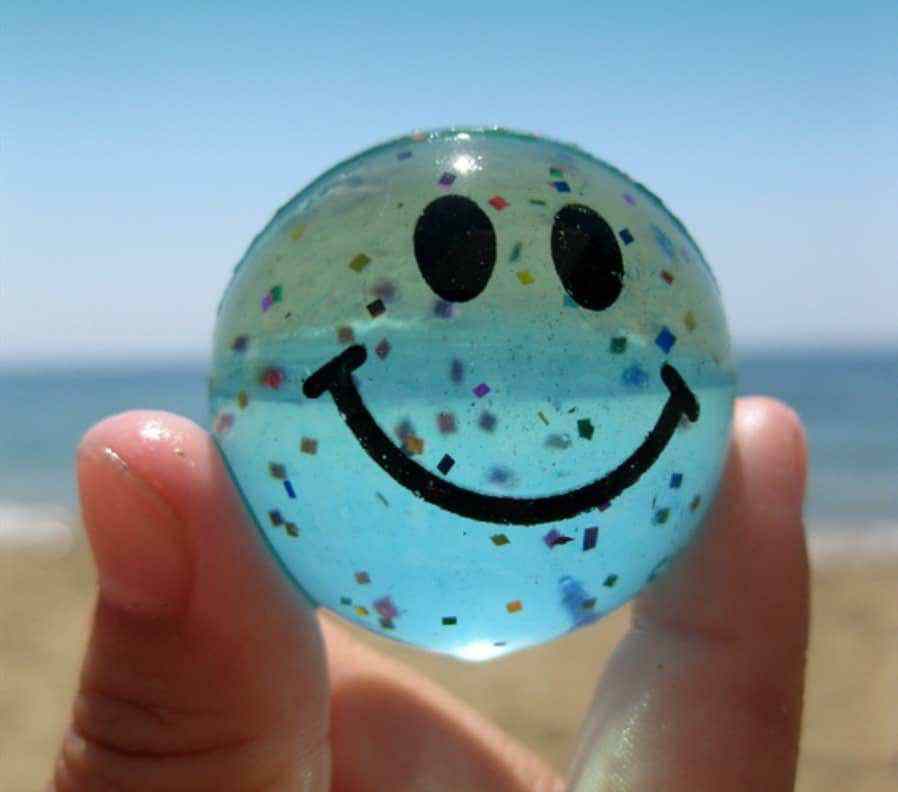