How does TMS work?

how does TMS work?

TMS Therapy is an outpatient procedure. The typical treatment course consists of at least 5 treatments per week over a 4-6 week period for 20-30 treatments. Each depression treatment session lasts approximately 37 minutes. TMS Therapy is:

Through a magnetic coil, the TMS Therapy system generates highly concentrated, magnetic fields which turn on and off very rapidly. These magnetic fields are the same type and strength as those produced by a magnetic resonance imaging (MRI) machine.

The treatment coil is applied to the head above the left prefrontal cortex. This part of the brain is involved with mood regulation, and therefore is the location where the magnetic fields are focused. These magnetic fields do not directly affect the whole brain; they only reach about 2-3 centimeters into the brain directly beneath the treatment coil. As these magnetic fields move into the brain, they produce very small electrical currents. These electrical currents activate cells within the brain which are thought to release neurotransmitters like serotonin, norepinephrine, and dopamine. Since depression is thought to be the result of an imbalance of these chemicals in the brain, TMS can restore that balance and, thus, relieve depression.

Psychiatrist Aaron Plattner, MD, and Donna Ecklesdafer, MSN, BSN, RN describe which patients are candidates for TMS and how the treatment process works. 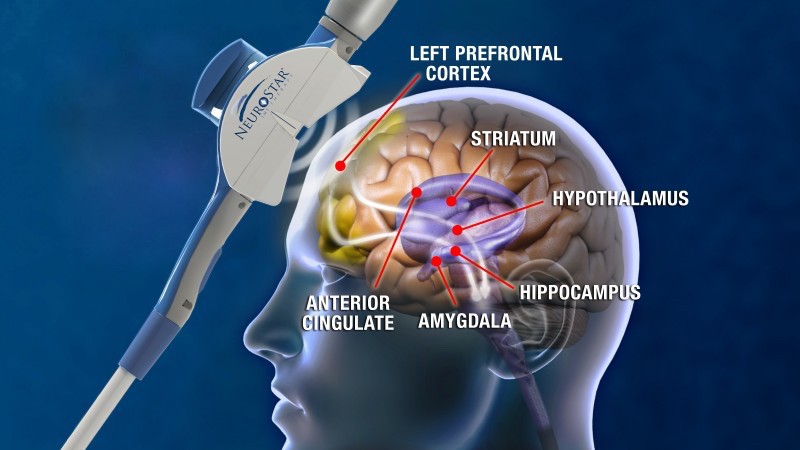 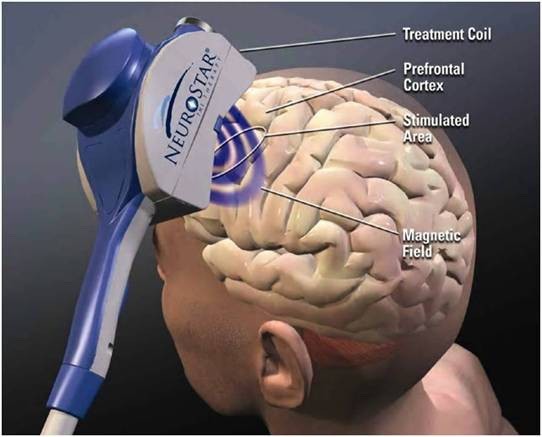