Depression Summit for Researchers and Clinicians

Registration ends Wednesday, April 24 at 8:00am.

Continuing education credits are unavailable for this event.

Abstracts should present empirical research findings. It can be on any topic relevant to the prevention or treatment of mood disorders and related conditions (i.e. depression, bipolar disorders, and suicide). Previously presented Abstracts are permitted. Abstracts should be submitted by APRIL 1, 2019.

“Depression Summit for Researchers and Clinicians” is intended to draw attention to the problem of depression, stimulate collaborative research at our centers, and help support our work.

Depression researchers and clinicians in and around Michigan to support a depression center of excellence at Pine Rest & Michigan State University. 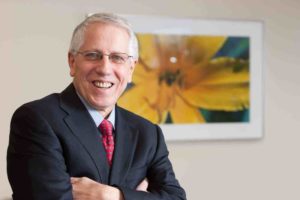 Dr. Lawrence Park received a Bachelor of Arts in Psychology from the University of Wisconsin-Madison, Master’s Degree in Human Development at the University of Chicago and M.D. from the University of Wisconsin Medical School. He completed an adult psychiatry residency at Massachusetts General Hospital (MGH)/McLean Hospital, and post-doctoral fellowship at the Department of Social Medicine, Harvard Medical School. In 2000, he joined the faculty of MGH and served as the medical director of the Acute Psychiatry Service, medical director of the Inpatient Psychiatry Service, associate director of the Somatic Therapies Service, and Assistant Professor of Psychiatry at Harvard Medical School. In 2009, he joined the Center for Devices and Radiological Health at the U.S. Food and Drug Administration. While at the FDA, he was involved in the regulation of Electroconvulsive Therapy, Transcranial Magnetic Stimulation, Deep Brain Stimulation and other technology-based applications in neurology and psychiatry. He joined the Experimental Therapeutics and Pathophysiology Branch at NIMH in 2014 and currently serves as medical director of the Clinical Research Unit.  His awards include the Bernice Neugarten Research Award at the University of Chicago, Livingston Award at Harvard Medical School, and recognition as Outstanding Scientist at the FDA. Dr. Park’s research interests aim to leverage technology to develop innovative treatments for mood disorders.

Dr. Peter Zandi earned his doctoral degree in psychiatric epidemiology from the Johns Hopkins Bloomberg School of Public Health, and he is an expert in studying the pharmacoepidemiology and genetic epidemiology of complex psychiatric disorders.  He is currently a Professor and Vice Chair of Research for the Department of Mental Health at the Bloomberg School of Public Health, and he holds a joint appointment in the Department of Psychiatry and Behavioral Sciences in the School of Medicine.  He is Director of Research for the Mood Disorders Center in the Department of Psychiatry, where he coordinates basic, clinical and translational research activities of the Center.  As Research Champion for the National Network of Depression Centers, he is helping to lead the development and implementation of a learning health system for mood disorders that will serve as a novel platform for carrying out large-scale, multi-disciplinary and translational research on mood disorders in real world settings and advancing best practices for improved care of patients with these disorders.  Finally, he is Director of the NIMH supported Psychiatric Epidemiology Training (PET) Program, which seeks to train the next generation of psychiatric epidemiologists in using new technology-enabled approaches and data intensive methods to improve public mental health.

“The Microbiome and Depressive Symptoms in Parkinson’s Disease”

Dr. Viviane Labrie earned her B.Sc. (honors) in human biology and her Ph.D. in genetics and neuroscience from University of Toronto under the direction of Dr. John Roder. She then completed a postdoctoral fellowship in the laboratory of Dr. Arturas Petronis at the Krembil Family Epigenetics Laboratory at the Centre for Addiction and Mental Health (CAMH) in Toronto. In 2016, Dr. Labrie joined Van Andel Research Institute’s Center for Neurodegenerative Science in Michigan as an assistant professor.

Dr. Labrie was among the first to characterize the role of a novel neurotransmitter D-serine in the brain and its role in schizophrenia. She also created new methods for mapping epigenetic marks and has contributed to the field’s understanding of a particular epigenetic mark called 5-hydroxymethylcytosine and its impact on brain function. Her work investigating the contribution of the epigenome to aging showed that different epigenetic changes with aging can underlie how genetic factors influence phenotypic outcomes in adulthood. Currently, Dr. Labrie’s research focuses on the molecular origins of neurodegenerative diseases in order to improve methods for early diagnosis and disease treatment. Her lab is particularly specialized in epigenetic epidemiology to understand the mechanisms involved in Parkinson’s and Alzheimer’s disease. Her work in Parkinson’s disease largely focuses on the role of the gastrointestinal (GI) tract in the initiation and development of this disease.

Dr. Kara Zivin, is a Professor of Psychiatry and Professor of Health Management and Policy at the University of Michigan, and a Research Scientist at the Department of Veterans Affairs. She received her PhD in health policy from Harvard University. Dr. Zivin’s work focuses on access to and quality of behavioral health care for vulnerable populations, including women in the perinatal period, older adults, and veterans. She has published over 140 peer-reviewed scientific papers and has led research studies and evaluations of health policy and clinical practice changes funded by the National Institutes of Health, the Department of Veterans Affairs, the Centers for Medicare and Medicaid Services, and the Michigan Department of Health and Human Services, among others.

“Telephonic Support for Depressed Patients and Caregivers in Primary Care”

Dr. Eric Achtyes is a staff psychiatrist and researcher holding appointments at Pine Rest Christian Mental Health Services, Cherry Health and network180, all located in Grand Rapids, Michigan. He is currently Associate Professor of Psychiatry and Director of the Division of Psychiatry and Behavioral Medicine at the Michigan State University College of Human Medicine.

He received his Bachelor of Science degree in chemistry from Calvin College in 1997, a Master of Science degree from the University of Washington, in Seattle in 1998, and his Medical Degree from the University of Michigan Medical School in Ann Arbor in 2003. He then completed a transitional internship in internal medicine at the Michigan State University Kalamazoo Center for Medical Studies in Kalamazoo, Michigan in 2004 before completing his adult psychiatry residency training at the MGH/McLean/Harvard program in Boston, Massachusetts in 2007.

Dr. Achtyes’ main research interests include improving treatment for patients with schizophrenia and depression. He has served as an investigator on more than twenty-five clinical trials including several NIMH, NIA, NIAAA, NIDA and CMMS-sponsored studies. He also practices Electroconvulsive Therapy (ECT), sees patients in a local community mental health clinic in Grand Rapids, and serves as the Behavioral Health Medical Director for network180, the community mental health authority for Kent County, home to more than 650,000 Michigan residents. Dr. Achtyes has served as past President of the Michigan Psychiatric Society, representing patients and psychiatrists across the state of Michigan.

Thank you to our generous sponsors! 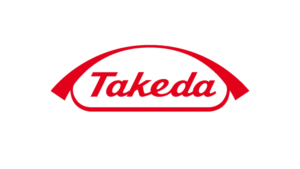 A member of the NNDC

Bookings are closed for this event.