ECT is a safe and effective treatment in treating the debilitating symptoms of major depression, bipolar disorder (mania and depression), some forms of schizophrenia, dementia with an underlying mood disorder, among other diagnoses. It can be a life saving treatment if a rapid response is needed.

Many people respond to medication and talk therapy. Some, however, do not. ECT is a lifeline for these individuals.

ECT is similar to medications, however it works faster. A series of 6 – 12 treatments is given three times each week over a period of 4 – 5 weeks. The national average for a series is 10 treatments. Each person is assessed for their response to ECT.

A number of improvements and advancements have occurred in ECT just as they have in surgery over the years.

A treatment team made up of an anesthesiologist, psychiatrist, and registered nurse (RN) will care for each patient. The patient receives a brief anesthetic medication to put them off to sleep.Once the patient is asleep, a brief electrical stimulus is given to the brain which causes a grand mal seizure. Because a muscle relaxer is given, very little muscle movement is visible, typically just the hands and feet move. The seizure is monitored by an electroencephalogram (EEG). Once the patient wakes up from anesthesia, they are transferred to the recovery room. The patient’s vital signs are monitored throughout their stay in the ECT Clinic.

ECT is not 100% effective. Once the patient has gone through an acute series of treatments, they must remain on medications or in some circumstances maintenance ECT to keep the gains they made. There is an 80% chance of relapse if the individual does not follow up with either medications or ECT.

Side effects of ECT include headache, muscle aches (due to the muscle relaxant as it contracts muscles before relaxing them), nausea, confusion, short and/or long term memory. Many patients do not experience any of these symptoms. Medications can be given to treat some of the side effects. Typically, the patient may have gaps in their memory right around the time of treatments – right before, during and after.

Education about ECT is vital. Patients and their family are given a video to watch as well as education by an RN. Booklets and an article written on ECT are also given as part of the education packet.

ECT has been proven to be a safe and effective treatment, especially when medications have been ineffective. It is a great option for these individuals. For some, it can be a life saving treatment.

Pine Rest’s ECT Clinic is the only outpatient clinic in the area. For more information, please contact the Pine Rest ECT Clinic at 616.281.6341.

The Center for Disease Control (CDC) latest statistics on suicide (2017): 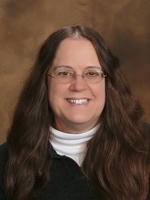 Donna Ecklesdafer, MSN, RN, has been the Pine Rest ECT Clinic Manager for the past 18 years and certified in ECT since 2001.