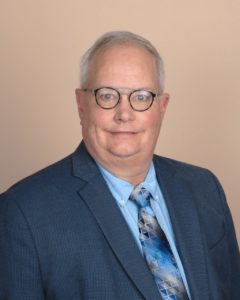 Nicholas DeBoer is a LMSW, Licensed Master’s Social Worker. He earned his bachelor’s degree in Sociology at Calvin University and his MSW from Western University.

Nick has been working in the field since 1987. He began his career at Family Services Association as an outpatient therapist. He then went to work at Mary Free Bed Rehabilitation Outpatient Services. He was also an administrator at Senior Neighbors INC. Nick has worked at Pine Rest since 2000 and has been a lead case manager on the Older Adult Unit and the Psychiatric Medical Unit. He moved to the Admissions Department at Pine Rest in 2017, and then was a clinician in the Psychiatric Urgent Care Center from its opening in April of 2019 until May of 2021 when he moved to the Christian Counseling Center.