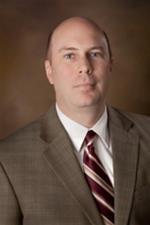 Dr. VanOrman has been with Pine Rest since 1999, at the Psychological Consultation Center since 2002. He earned his undergraduate degree at Calvin College and his Master’s and Doctorate degrees in Psychology from Wheaton College (Illinois).

Dr. VanOrman is a member of the American Psychological Association. Since 2007, he has served as the Training Director for Pine Rest’s APA approved psychology internship program.