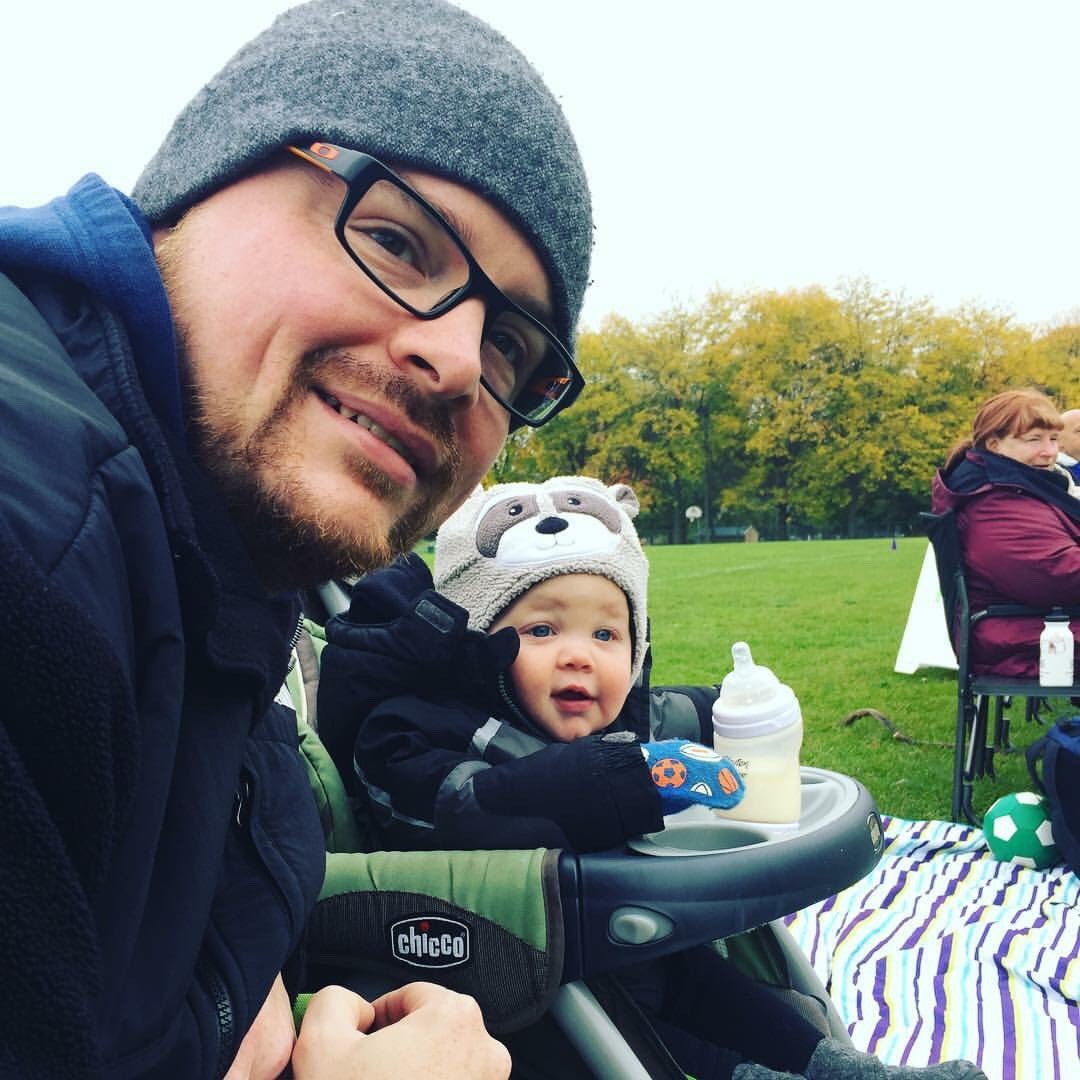 Meet Rob. He has struggled with anxiety and depression as long as he can remember, self-harming throughout high school. Growing up, his family did not have adequate insurance, so he just dealt with it as best he could into adulthood.

After graduating from college, he entered the professional world. He stayed with a company for seven years because the income supported him and his family, but he was miserable. Finally, Rob secured a job that would help him to pursue his dream of working in the Grand Rapids brewing industry. However, his position was only part-time. Because he felt he was not able to contribute the way he should financially, Rob became consumed by guilt. He started on a prescription for his anxiety and depression, but, unfortunately, it wasn’t enough. There were days when he couldn’t get out of bed, which furthered his feelings of inadequacy and his depression.

Rob and his wife had a good life insurance policy. This fact led him to start thinking of ways he could make a suicide look like an accident so his wife would receive the policy benefits, setting up their family financially. As he lay in bed with these thoughts rolling through his head, his son walked into the room. In that moment, Rob knew he needed to get help. He called his doctor and was seen within the hour. After this assessment, the doctor recommended that Rob immediately check himself into Pine Rest’s inpatient program. As Rob and his wife pulled into Pine Rest, he felt guilt overtaking him again. Knowing it would be the hardest thing he would ever do, he said goodbye to his wife and began his stay at Pine Rest.

About the first few hours, he recalls feeling numb. “I just sat for two hours and wouldn’t respond to anyone.” He knew he needed help though and wanted a fresh start. While in treatment, Pine Rest physicians were able to adjust Rob’s prescriptions to better help his depression and anxiety. He also learned ways to deal with his shame and guilt, including coping mechanisms for when life didn’t go as planned. The thing that changed Rob the most was a counselor writing in his notebook: “You need to forgive yourself.” This simple gesture led Rob to greater spiritual well-being as he learned how to forgive.

Today, in addition to pursuing his dream of becoming a brewer, he also strives to help others who have been through what he’s been through. He recently joined the PR Connect Board to help increase awareness of the mental health needs in our community.

Your gifts to the Patient Assistance Fund allow people like Rob to change the course of their lives and get the help they need for their mental illness.

For more information about advocating and fundraising with PR Connect, contact Kristin Long, Philanthropy Officer, at Kristin.Long@pinerest.org or 616.956.9611. 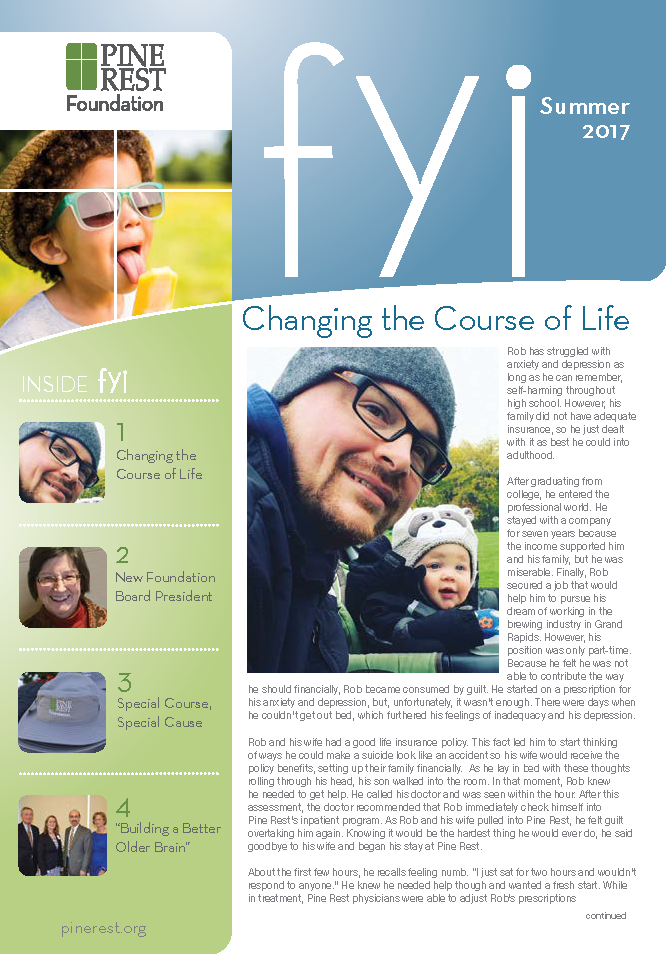 This article originally appeared in the Summer 2017 issue of FYI, a newsletter of the Pine Rest Foundation.

To see more patient stories, to find upcoming events and learn how you can get involved, visit www.pinerest.org/foundation.