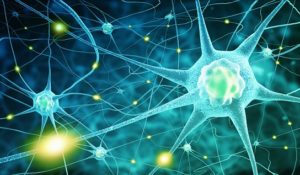 Most health care professionals would agree that addiction is a disease. Like high blood pressure, diabetes mellitus, heart failure, and cancer, it shares many disease-defining characteristics and, if left untreated, is often fatal. Unfortunately addiction, whether to drugs or alcohol, is also a relapsing disease that is all too common.

Nearly 120,000 of our friends, neighbors, and family will die of this disease within the next year. If one considers addiction to nicotine, that number swells to well over one-half million. Addiction finds its home in some of the deepest parts of the human brain and yet reaches outward to affect all of health, family life, law, and even history.

Terms used to describe and differentiate people’s relationship to potentially addictive substances are important to understand (please see definitions). Frequently, these terms are used interchangeably, perhaps adding confusion to an already confounding illness. Most people using opiates for severe pain relief may develop tolerance and require higher doses for continued pain relief. Some of these same patients may become dependent and experience uncomfortable withdrawal symptoms if the opiates were stopped abruptly. The majority of these patients will not develop the disease of addiction.

A college freshman may abuse alcohol and drink to intoxication frequently throughout his early college experience, but after failing an important exam, losing his driver’s license, or frequent morning “hangovers,” will decide that moderation and responsibility are important to his health and future success. His best friend, however, may lose control over alcohol consumption and develop addiction to alcohol, drinking despite losing his family, friends, job, health, and, perhaps his life.

How common is substance use and abuse?

In 2014, an estimated 21.5 million persons, or 8.1 percent of the population aged 12 or older, were classified with substance dependence or abuse in the past year based on criteria specified in the Diagnostic and Statistical Manual of Mental Health Disorders, 4th edition (DSM-IV). The number of illegal drug users reached 24.6 million. Half of college students binge drink and/or use other drugs and almost a quarter meet medical criteria for alcohol or drug addiction. Each year, approximately 5,000 youth under the age of 21 die as a result of drinking alcohol.

Girls and women become addicted to alcohol, nicotine, and illegal and prescription drugs, and develop substance-related diseases at lower levels of use and in shorter periods of time than their male counterparts.

Among persons aged 12 and older who used prescription pain relievers non-medically in the past 12 months, 55 percent got them from a friend or relative for free.

The media announces, almost daily, the stories of famous people who have entered treatment for their addiction to various substances. For a long time our culture relegated addicts to city streets, back alleys, and homelessness. Just the opposite is true, however. The face of the addicted person is one of a mother, father, teacher, athlete, minister, doctor, lawyer, or politician.

The addicted person can be anyone from anywhere

Just as there are risk factors for heart disease and lung cancer, there are several characteristics that predict a greater chance for development of addiction. One of the most important of these lies within our DNA. Researchers have found that children of alcoholics (especially sons of alcoholic fathers) are much more likely to become alcoholics themselves. Studies of twins have shown a vastly greater chance of one developing alcoholism if the other has the disease, even if they were raised in different homes.

There is a great deal of work the world over to find biochemical and molecular processes that might contribute to this propensity in one person and not in another. There are several other risk factors including: growing up in a dysfunctional family, having a history of certain psychiatric disorders such as antisocial personality disorder and panic disorder, and having peers and friends with heavy drinking behaviors.

Some of the defining characteristics of an addicted person are a loss of control over when and how much of a substance is used, plus spending an inordinate amount of time thinking about and obtaining the substance.

Another telling trait in identifying addiction is when use of the substance is more important than engaging in relationships, going to work, or living up to life’s responsibilities and commitments. The addicted person will use the substance despite physical, emotional, spiritual, and social harm. A very frustrating component of addiction is denial. Very often an individual with a serious drug or alcohol dependency problem is unable to recognize it.

A great human tragedy is a person losing everything he or she has and continuing the abuse blaming everything and everyone else instead of facing and recovering from their disease.

Addiction is a disease located in the brain

For most of time, addiction has been viewed as moral weaknesses or diseases of the will or the spirit. We are now learning addiction begins when significant changes take place deep within the human brain. The brain is made up of billions of individual nerve cells that must be able to communicate with each other. They do this with tiny appendages called axons. These cellular appendages send chemical messages to each other via neuro-transmitters such as serotonin, dopamine, and norepinepherine. Many medications and all substances to which human beings become addicted affect the quantities of these chemicals and how they interact with nerve cells.

Deep within the brain lie clusters of nerve cells which allow us to feel joy, happiness, and satisfaction.

This “pleasure center” is known as the mesolimbic dopamine system (MDS), a nerve pathway running near the bottom of the brain between the right and left hemispheres. It is understood that people susceptible to addiction may experience changes in the interaction of neurotransmitters, such as dopamine, and their receptors in the MDS. Perhaps there is too much or too little dopamine or an abnormality in the production or breakdown of this and other neurotransmitters. There could also be changes in the receptors and alterations in how they interact with these neurotransmitter molecules.

For persons having a predisposition to addiction, the introduction of a substance bringing a pleasurable feeling may begin to disrupt the receptor/neurotransmitter function of the nerve cells in the MDS when used again and again. What once was a source of pleasure becomes a desperate need for the substance bringing pleasure. The disease of addiction may bring with it distinct molecular and biochemical changes in the human brain. It is now felt that addiction to many substances and behaviors such as gambling, sexual behaviors, and even eating originate in this region of the brain.

The price to be paid

Addiction takes a toll on the person. Any drug or behavior of choice eventually begins to destroy the physical, psychological, relational and financial health of its victim. Alcohol, as an example, is toxic to almost every organ in the human body. During an episode of intoxication, the brain may be affected by an acute loss of memory (blackouts), and with chronic use, injury may be more dramatic and long lasting. Many chronic alcoholics coming to treatment have significant difficulty with problem-solving and memory. Brain scans on many show noticeable shrinkage of the brain, indicating loss of neural tissue. A direct neurotoxin to the balance centers of the brain (cerebellar degeneration) frequently leaves the person addicted to alcohol unable to walk or perform the simplest tasks.

Other neurologic complications of alcoholism include seizures, injury to peripheral nerves, trauma to the brain in accidents and falls, plus damage secondary to lack of essential nutrients such as thiamine. The latter can occur very rapidly when a malnourished alcoholic is given nutrients lacking thiamine. Other serious effects involve the destruction of the heart and impairment of its pumping function, chronic liver inflammation with cirrhosis and liver failure, pancreatitis, and life threatening bleeding from the esophagus, stomach, and duodenum. The blood forming tissues in the bone marrow are not immune to alcohol’s toxic nature. Anemia is common as is a diminished ability to fight infection. Sleep apnea, osteoporosis, muscle destruction and several types of cancer afflict the alcoholic more commonly.

Narcotic overdose can cause depression of respiration leading rapidly to death by asphyxiation. A few can even cause seizures. Cocaine use can bring about severe hypertension, heart attacks, strokes, and muscle destruction. It can also cause sudden death in a previously healthy person. Marijuana, which is often abused by youngsters, has been found to cause dependence and quickly impairs memory and learning. Addicts frequently experience psychiatric complications as well.

Most alcoholics and addicts are depressed during the early days of their abstinence, but this is usually self-limited. Cocaine, amphetamines and phencyclidine can cause psychosis, paranoia and even violent or homicidal behavior. Repeated cocaine use can so deplete the pleasure centers of neurotransmitters that any joyful feelings are almost biologically impossible until cocaine abstinence and time allow the brain to restore dopamine levels. Some addicts begin use of drugs and alcohol in response to a pre-existing psychiatric condition and care must be given in evaluating which came first.

It is not difficult to see that if we are not ourselves victims of addiction, we may well care about someone who is. The disease is all too common in our society. Because it is felt by many to be our number one health problem, it is important for health providers and the public alike to become more familiar with addiction as a disease and not a moral weakness. People with addiction are in great pain and their suffering can be lessened and even eliminated through treatment. We must do what we can to help people with addiction get the care and treatment they need.

Tolerance: A state in which an increased dosage of a psychoactive substance is needed to produce a desired effect.

Abuse: The harmful use of a specific psychoactive substance. Abuse may take place without the full syndrome of addiction.

Dependence: A physiological state of adaptation to a specific psychoactive substance characterized by the emergence of a withdrawal syndrome during abstinence, which may be relieved in total or in part by re-administration of the substance.

Addiction: A disease process characterized by the continued use of a specific psychoactive substance despite physical, psychological, or social harm. This may or may not include tolerance and dependence and is identified by certain other behaviors such as:

Bruce C. Springer, MD, specializes in treatment of addictions and is a physician in Pine Rest’s Addictions Services and brings more than 30 years of experience to the field.

For more details about this level of care or any other addiction service in our continuum, please call 866.852.4001.